Anniversaries are usually there to celebrate. But when it comes to Kurt Cobain's 25th anniversary we are not talking about his birthday, we are talking about a musician who died by suicide 25 years ago. Should this be celebrated? Definiately not. Should his music celebrated and suicide be discussed? Yes, absolutely! Should a murder plot be discussed? No! It's a bottomless pit... Human fantasy & opinions know no boundaries.

Over three years ago the filmmaker Benjamin Statler released the docu-drama "Soaked in Bleach" to the public. The movie details the events leading up to the death of Kurt Cobain as seen through the perspective of the former private investigator Tom Grant (license no. 16603). Grant was hired by musician and actress Courtney Love in a hurry to find her suicidal husband Kurt who quit rehabilitation for his Heroin addiction in the Exodus Recovery Center near Los Angeles after only one day.

The anterior intervention by his management, friends and his wife didn't succeed and Kurt flew back to Seattle. From there on conspiracy theories arose as to what exactly happened with Kurt until his lifeless body was discovered in a room above the garage of his own home on April 8th in the year 1994.

A clear case for Tom Grant & Benjamin Statler: Kurt Cobain was murdered. Was he? Not according to some experts in Statler's own movie. A year later they were interviewed about their involvement in the making of the fictitious film "Soaked in Bleach". [1, 2, 3] The, by conspiracy theorists glorified, movie suddenly appeared to be a great disservice to the general public and especially to Suicide Prevention, Mental Health Awareness and also to Heroin Addiction Awareness.

[retired as the Commanding Officer of the Bronx Homicide Task Force; New York; has over 40 years law enforcement experience]

Geberth's conclusion in Cobain's death case was that Cobain died by suicide after he reviewed the Seattle Police Department's homicide information and after he interviewed one of the investigators who was in service at the time of the Kurt Cobain incident. His expert opinion is also based on his own experience with suicide cases. Geberth made his homework before he went to the "Soaked in Bleach" filming and responded to some 40 questions by the film producers. They repeatedly asked him questions about proper police procedures and basic death investigation in an attempt to show him that he agreed that Cobain was assassinated. He never agreed to such a thing but Statler's final cut makes it appear as if Geberth agreed. After Geberth was interviewed about his involvement in the movie, he again made clear, in a Facebook post and on his own website www.practicalhomicide.com, that he was not happy with the edited part of his interview. Geberth has worked his entire life for the community and his lifelong work can be purchased as a book "Practical Homicide Investigation" for educational purposes. The book text is used in most police academies, including the FBI Academy in Quantico, Virginia. It is a very interesting, disturbing and also very enlightening and heavy in weight book that Statler entirely missed to study before he invited Geberth to speak about the Cobain case.

Screenshots of Geberth's own written words:

Carole Chaski is another professional who did not exactly remain silent about her involvement in the making of "Soaked in Bleach". The forensic linguist stated that she was not happy with how her opinion about Kurt Cobain's suicide note was used to influence the murder narrative.

In correspondence with the California licensed attourney Kurt F., Chaski described how she utilized linguistic software known as SNARE ("Suicide Note Assessment Review"; formerly known as "Suicide Note Assessment Research") as part of her evaluation of the Greenhouse note discovered near Kurt Cobain’s body. The two-step procedure of suicide note authentification consists of

1. an evaluation and classification by SNARE of a questioned document


[Screenshot of the SNARE-Kurt-Cobain-Document the filmmaker Benjamin Statler is in possession of; Update July 10, 2019],

2. an analyst performing qualitative assessment of the questioned document to ensure SNARE's classification is not in error.

[Screenshots of Chaski's Review-Document of the Kurt Cobain Suicide Note the filmmaker Benjamin Statler is in possession of; Update July 10, 2019]

These documents alone confirm a major deception and betrayal of audience trust being committed by the director Ben Statler with regard to the Kurt Cobain greenhouse note.

In an interview on October 9, 2017 with Alan Warren from the NBC News affiliate "House of Mystery Radio Show", Chaski explained her involvement with "Soaked in Bleach" by herself and pointed out that "There was a struggle going on among the producers [...]" and that they "would ask questions in one way and talk in another way off camera [...]". Listen to this [~ 56 minutes long]:

[Paramedic Lt.; Medical Service Officer of the Seattle Fire Department]
John Fisk was yet another person briefly involved in Kurt Cobain's death case in 1994. Fisk took the emergency call during a normal shift as a first responder paramedic and went for a run to the Cobain property. He was the first person to enter the Greenhouse by breaking a glass panel on the locked French door. It was immediately evident to him and his colleques that the person found was a case of DOA (Death on Arrival; "fatality") because there was a recognizable gunshot wound to the head with a "significant pool of blood" at the floor by Cobain's head.

Fisk recalls his involvement with the docu-drama "Soaked in Bleach" in an interview on April 6, 2016 with the Mercer Island Reporter, who wrote that
(quote:)
Nothing of what he told about his experience with suicide cases to the reporter was mentioned in the film.

In an E-Mail response to the author from October 13, 2016, an assistant for Norman Stamper noticed that, Mr. Stamper "doesn't want to focus on Kurt Cobain anymore". Maybe it is because Norman Stamper was Police Chief at the time Kurt Cobain died and was updated on the case which is backed up by the case files, involving another conspiracy theorist with the name of Richard Lee, who approached Mr. Stamper many times. It is impossible that Norman Stamper had no clue about Lee's efforts to get the case reopened.
Read and educate what went on at that time:

To this day, filmmaker Benjamin Statler II avoids to answer questions publically and professionally about his artistic efforts to change the narrative to Homicide. And of course he did not release uncut versions of certain expert's interviews.

In a Facebook comment that I spotted by accident, Benjamin Statler stated the following about the interview editings:

Needless to say that Benjamin Statler II had the great opportunity to interview independent experts about Kurt Cobain's death case but paints the expert opinions as invalid at the same time. If an independent expert's opinion does not mean anything to Mr. Statler, then to open a new investigation would be pointless, wouldn't it?

With the help of Statler's movie, the Conspiracy Theory has become multimorbid and sounds like fingernails scratching on a chalkboard over and over again. It won't vanish but it will trigger discussion about suicide, mental health and addiction. 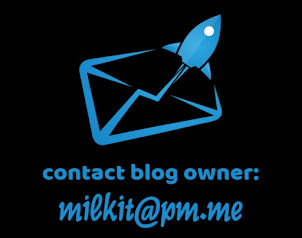